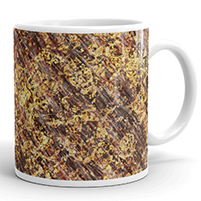 Coffee is probably one of the most popular beverages consumed by adults, yet many do not know coffee history very well. Understanding coffee history will make you appreciate that rich aroma you love so much. According to Arabic legend, an Arabian goat herder was going about his daily activities when all of a sudden his flock of goats began dancing around a green leafy plant. The plant appeared to have cherries growing from it, the goat herder decided to give this fruitful plant a try. He noticed that he was experiencing a stimulating effect that allowed him to stay awake for hours. Once he let others in on his secret, they began using coffee for the same reason. It is said that once introduced to a priest, he began promoting coffee and its effects throughout the monastery for continued prayer sessions. Low and behold, we had an eye-opening beverage that would soon become a frequent pick-me-up favorite.

Although many believe the goat herding legend to be true in discovering coffees history, others need more evidence than this to believe in when it came to discussing the history of coffee. Scientists have discovered botanical evidence that proves that coffee Arabica began in Ethiopia and then was somehow taken to Yemen, where it was then served up in Mecca in one of the very first coffee houses in history since the 6th century. It became more of a personal favorite used for enjoyment, rather than putting it to use for its stimulating effects.

Wherever it originated, coffee is a popular choice of hot beverages. The number of coffee houses open for business now is amazing. There is one on every corner in America and is served in a variety of different ways. You can now get coffee drinks hot or cold, with or without flavoring and it is made to order. Many prefer instant coffee when serving coffee in their homes. This shows just how far coffee has come since its history began.

Now it seems as though we are obsessed with coffee, you can find it everywhere. Coffee candy, coffee ice cream, coffee syrup, coffee creamers and the list will continue to grow. With coffee being such a favorite, did you ever stop to think that we had an Arabian goat herder to think for this rich-tasting drink we all enjoy so much?