As Miriam rushed through the hangar door and whisked herself over to the operations desk she requested from the equally busy coordinator the flight itinerary/report for her trip that afternoon. She glanced at the paperwork and paused to reflect on what was ahead of her for the day and then indulged herself to look back on the events of the day earlier.

Less than three hours before, Miriam was fast asleep – the previous day was a busy one as she finished painting the bathroom and the bedroom closet of her new home and was just days from making her move from her present crowded apartment to the homey little cape that she had just bought. Jarred awake by the ringing telephone, Miriam glanced and saw that the clock read 8:11. “Good grief! Who could this be?,” she thought. It was Jack from Flight Operations who was calling to explain to her that a trip had popped up for later that afternoon (TEB-MDW-BUR-TEB) and he wanted her to fill in. Having just been permanently reassigned to the company’s Gulfstream fleet of aircraft, she did not want to pass the opportunity by. Yes, she had some hard days off, but she was also moving into a new home and the cash would certainly help. Besides, it was only an overnighter and she would be home late the following evening. Two days later the movers would be coming by and she still had plenty of time to finish packing.

As she examined the flight itinerary/report she saw a familiar name – Macroflex Corporation. Three times previously she had flown with this client and each time they brought more people onboard than what was expected. The first time Miriam flew with them, only the chairman, his secretary, and his vicepresident were to be onboard. Six showed up. The second time five were expected and seven people showed. The last time nine passengers appeared when only five were expected. The first time that this happened she had barely enough food. Lucky for her, she was able to whip up a little something so that she and the crew could all eat. After that, whenever Miriam flew with Macroflex, she had the caterer make extra sandwiches, just in case. Her hunch paid off and from that time on there was enough food for all.

Today’s itinerary showed that there would be seven passengers. So, in addition to the crew and herself she ordered enough food for twelve people. With a short trip to Chicago and a 1600 departure time, she knew that most of the people would not be very hungry until much later.

Miriam’s day was filled with making sure all the catering preparations were arranged in Teterboro, Chicago and Burbank. Ace Caterers happened to have facilities near Chicago and Burbank, so Miriam made plans to use her favorite local caterer in Teterboro. With flight operations’ help, the limousine services, hotel accommodations, and remaining arrangements were all completed by the time Miriam arrived at the hangar. As she stood at the top of the steps of the aircraft, Miriam greeted each passenger and made a silent head count – nine – “Good!,” she thought. “This time I have it right on the nose.” Miriam seated the passengers and passed along information that she had received from the captain that the departure would be delayed approximately twenty minutes due to heavy airport traffic. In addition, violent weather throughout the entire midwest region was causing extensive delays and the plane was not expected to arrive in Chicago until well after 1730 local time.

Once airborne the plane encountered only slight turbulence. Within thirty minutes, Miriam began to serve the dinner per the chairman’s instructions. Filet Mignon or Filet of Chicken Breast was the choice of entree; spinach salad, bread, and a nice and varied selection of vegetable dishes rounded out the menu. Soon after serving the last passenger and while she cleaned up in the galley, a commotion arose from the aft section of the cabin. In the vicinity of the divan, where three passengers were seated, one passenger stood up and was making gagging noises. “I think he is choking,” screamed the chairman’s secretary as she raced to his side.

A look of panic and disbelief crossed the face of each of the passengers as they looked helplessly upon the rapidly unfolding situation. The chairman, in particular, looked like he had seen a ghost and was frozen with shock.

Quickly, Miriam ran to the back of the aircraft and approached the stricken passenger. She examined the man and determined that he was no longer breathing. In rapid succession, Miriam stood behind the now slumped over passenger, wrapped her arms around his waist, clasped her hands together in a doubled fist, and placed the fist just below the man’s rib cage and above his navel. Pressing into the stricken man’s abdomen, she gave a quick, upward thrust. She repeated the thrust four times and with the last thrust the entrapped food article dislodged from his throat. Stunned, each of the passengers took their seat as Miriam helped the man back to his own seat. Within moments the formerly stricken passenger was fully alert and quite aware that Miriam had saved his life. What could have been a tragedy turned into a heroic effort due to Miriam’s quick thinking and her knowledge on how to perform the Heimlich maneuver. Truly, life was snatched from the jaws of certain death.

This story was a fictitious event. The American Heart Association and the Red Cross both state that the Heimlich maneuver is the only method for clearing a blocked airway recommended for adults at this time and should only be used when the victim is not coughing, speaking, or breathing. 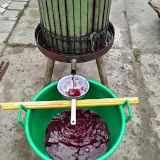 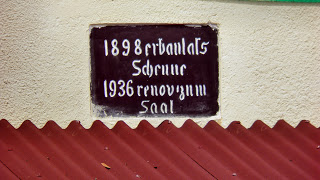