Acid reflux, which is also termed as gastroesophageal reflux, is one of the most frequent problems among infants. Babies with acid reflux often suffer from a range of conditions, from a mild degree to a severe one, such as recurrent spitting up, abdominal pain, and night waking.

This discussion would be more comprehensive with the understanding of the physiological or the mechanical aspect of the condition. The body has a band of muscle in a circular structure that is called the lower esophageal sphincter. This muscle detaches the esophagus from the stomach. When food comes into the stomach, it closes so as to prevent the stomach acids and contents from backing up into the esophagus or regurgitating. But in the case of some babies, the lower esophageal sphincter has grown immature. As such, the partially digested food and digestive acids are allowed to be refluxed. This condition causes irritation in the esophagus lining which results to inflammation that is also commonly called as heartburn.

Acid reflux among babies usually develops when they are between two to four weeks old. Doctors usually prescribe medicines that minimize the production of digestive acids. Within six to nine months, the acid reflux starts to naturally subside. At this time period, the babies spend most of their time in an upright position. This is to apply the law of gravity on the food taken in; that is, the food stays down more naturally and reduces possible regurgitation.

The following are helpful pointers on feeding and positioning of babies to lessen acid reflux:

Prepare smaller feedings recurrently. It makes sense to feed your baby more than usual but less than the accustomed. If lesser volume of milk goes into the stomach, the digestion will be faster and there will be fewer amounts of contents available for regurgitation.

Maintain the baby in an upright position after feeding. As discussed earlier, gravity helps to keep the digestive contents down. Position your baby seated in your lap while his head rests on your chest. Keep this position for at least half an hour after feeding.

Breastfeeding helps a lot. Breast milk is well-known to have many advantages over other commercial formula, mainly for babies with acid reflux. Breast milk can be digested faster, which of course lessens spitting up, and it has special enzymes that assists digestion. In addition to that, breast milk does not trigger allergy to babies compared to other milks available in the market. But for those who are formula-feeding, it is advisable to use milk with a hypoallergenic formula as advised by a doctor. Aside from having higher tolerance with sensitive intestines, hypoallergenic milk can also be digested faster by the stomach so as to minimize refluxes.

Set your baby in a comfortable position when asleep. Since when a baby lies flat when sleeping, gravity cannot help in keeping the food down in this set-up. As a result, a baby with acid reflux often has to endure a sore night waking. If a baby can sleep soundly, then there will be no need to call for a change in his habit. But some babies become restless, which can be noted by abdominal pain, acid breath, and wet burps. In this case, it is recommended to elevate the baby’s crib to about 30 degrees. This will be enough to reduce the regurgitation. You may also try to train him to sleep on his left side. It is in this position where the inlet of the stomach is higher than the exit. This will also help to keep the food down. 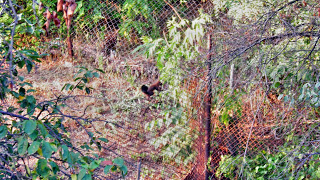 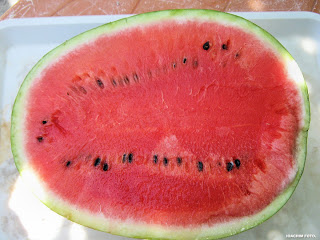