The question is: “Are addictions actually bad habits?”  According to the habit model of addiction, they are.  This theory of addiction states that the only reason to say there is a difference is to persecute “addicts.”

People with bad habits of smoking often feel much persecuted.  While smoking is not illegal (at least not yet), it is shunned by society as a whole.  At first, you could smoke anywhere.  Expecting fathers smoked in the maternity waiting rooms.  Then, you could smoke in buildings, but only in a designated smoking room.

Then there came the designated smoking area outside the building.  Now restaurants, bars, and whole cities are going smoke-free.  It seems that a lot of people have given up their bad habits.  However, they do not seem to remember how badly they were addicted before.  The truth is that in a way, they are still addicted and always will be.That is how addiction works.

In an effort to save others from the ill effects of their second hand smoke, many people have switched their bad habits to smokeless tobacco.  Just because the tobacco is not smoked, though, it does not mean the nicotine is not addictive.  It is said to be just as hard a bad habit to break as cigarettes.  People quitting it use patches and nicotine gum or Zyban, too.

Sleeping pills are bad habits to get into as well.  They can be so addictive that you need a higher and higher dosage to fall asleep.  Eventually, they will not help at all.  Some people overdose in an attempt to reach a dose that will put them to sleep.  It usually takes intervention by a doctor and/or a sleep clinic to straighten you out.

Alcohol can be a bad habit if you drink to excess.  For some people with certain physical conditions, it can be risky anyway.  It can be dangerous if mixed with particular medications.  However, if a person is addicted to alcohol, they will not be concerned with that.  Neither will they be concerned about their jobs or their relationships.  It will all be about the next drink.

Drugs pose a variety of bad habits.  There are so many illegal drugs that they are too numerous to count.  They have different affects and cause different levels of addiction.  Some have fast and devastating results.  Others do little damage in the short run.  Yet, they are all bad habits.

There are club drugs, heroin, cocaine, methamphetamine, and hallucinogens.  All these drugs can be nasty.  There are also legal drugs that people get into bad habits with by starting with an injury or other medical condition.  These can be pain pills like percocet, or muscle relaxants.  They are also very addictive bad habits.

If you have an addictive bad habit, you probably need some form of help to get over it.  In fact, once you have a serious addiction, experiencing the sights, smells, or sounds of your addiction will start your brain in that addictive mode again.  It is no wonder that people struggle for years with addictive bad habits.

admin March 15, 2012 Leave a comment
Posted in My blog posts

admin November 13, 2012 Leave a comment
Posted in My blog posts 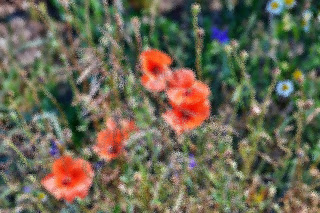 admin April 13, 2012 Leave a comment
Posted in My blog posts

admin April 14, 2014 Leave a comment
Posted in My blog posts

Saying it With Color