Bungee jumping is, by it’s nature, a dangerous sport.  There is no denying that fact.  However, modern manufacturing methods and safety practices have made the sport much safer over the past decade.  It is certainly safer than the land diving of the South Pacific natives.  Unfortunately, even with all of these advances in the sport, bungee jumping accidents still occur.  In this article we will examine what can happen as a result of bungee jumping.

The most severe bungee jumping accidents can actually be fatal.  Most of the fatalities that have occurred in bungee jumping occur as a result of head trauma.  Miscalculation of the length of bungee cord necessary to complete the jump safely has resulted in several deaths since the sport became a public phenomenon in the late 1970s.  One of the most infamous deaths from bungee jumping occurred during practice for the half-time show of Superbowl XXXI, in 1997.  Laura Patterson, who was practicing with members of her professional team, died upon impact when she jumped from the top level of the Louisianna Superdome.  The accident was blamed on the bungee cords being handled incorrectly.  The half-time show was subsequently cancelled, and a tribute to Laura was performed instead.  Other deaths have resulted from people actually coming loose from the ankle harness.  This has led to the common practice of using a body harness as a back-up safety precaution.

Bungee jumping enthusiasts will be quick to point out, however, that there are only a handful of deaths from among millions of jumps that have been performed over the last few decades.  Even though this is true, there are many other types of bungee jumping accidents that can occur if strict safety guidelines are not followed.  Rope burn, pinched fingers and bruises are among the most common injuries suffered from bungee jumping.  While these may not be attributable to actual bungee jumping accidents, they can be considered an adverse side-effect by most people.

More serious than sprains and bruises are the possibilities of other bungee jumping accidents, such as severe eye trauma, dislocation, back injury, and even broken bones.  These are not highly publicized events, but they do occur nonetheless.  In the case of the eye trauma, increased pressure in the eye an cause a blood vessel to burst near the retina.  This results in blurred vision or loss of eyesight completely.  Although it sounds horrific, this is only temporary, until the body repairs the damage done.  Of more concern would be back injuries and broken bones.  In the case of back injuries, a dislocation or strain on the spine can cause a lifetime of pain and suffering.  That is something to take into account when weighing the risks of bungee jumping.

Bungee jumping accidents do occur, but they can be minimized by following established safety procedures.  It is up to you to ask the right questions.  It is up to the commercial company or club to ensure they have the right equipment and trained operators.  Bungee jumping can be fun, and does not have to involve serious injury if done correctly by trained operators and jumpers.

admin October 15, 2011 Leave a comment
Posted in My blog posts

admin December 27, 2013 Leave a comment
Posted in My blog posts 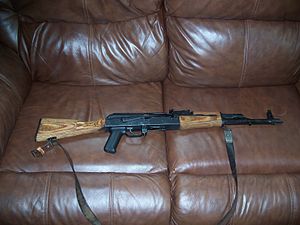 admin September 21, 2012 Leave a comment
Posted in My blog posts

admin August 13, 2010 Leave a comment
Posted in My blog posts