Nothing perks up a lazy morning like coffee. What is this dark-colored substance made of and why can’t some people survive a day without having even just one sip of this stimulant?

Coffee, normally taken hot, is made from the coffee plant’s roasted seeds, called coffee beans. Considered the second-most traded commodity in the world, next to petroleum, it is hailed as modern man’s chief source of caffeine for that extra burst of energy. The perceived benefits and hazards of this potent drink remain the subject of debate among coffee drinkers worldwide.

How did the word “coffee” come into being? The term “coffee” is known by many names among various peoples of the world. It came to England in 1598, via the Italian “caffe.” The Turkish term for it is “kahveh,” while the Arabic word for it is “qahwa.” Its origin is still unknown, although some believe that the drink possibly came from the Kaffa region in Ethopia, where the plant originally named “bunna,” the precursor of coffee, came from.

Did you know that coffee drinking was outlawed in Mecca in 1511, and in Cairo in 1532? Due to coffee’s immense popularity, the law was made obsolete soon after. From then on, owing to the pioneering efforts of the British and Dutch East India companies, coffee found its way to Europe in the sixteenth century.

One of the two main species of the coffee plant is “Coffea Arabica,” its name implying that its origin was the Arabian Peninsula, but it is indigenous in Ethiopia. Although Arabica is more prone to disease, coffee lovers consider it to be more flavorful than “coffea canephora” (robusta), which holds twice as much caffeine. However, the later is proven to be a natural insecticide and stimulant, growing in places where the former cannot grow. Thus, it is used as an inexpensive substitute for Arabica in commercial coffee blends and in almost all instant coffee products.

Compared to Arabica, robusta is more bitter, with a burnt-rubber smell and taste. Robusta of finer quality are used in espresso blends for a foamy effect and for better affordability. In fact, Italian espresso blends are made from dark-roasted Robusta.

Some blend varieties are so popular and in demand that they command a higher price, examples of which are the Jamaican Blue Mountain and the Hawaiian Kona coffees. Often, these beans are mixed with other, less-expensive varieties and the term blend is added to the label, such as “Blue Mountain Blend” or “Kona Blend”.

So beat those morning blues with an adrenaline-pumping sip of this favorite drink among caffeine addicts worldwide.

admin August 1, 2010 Leave a comment
Posted in My blog posts 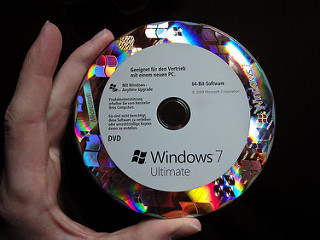 admin September 16, 2012 Leave a comment
Posted in My blog posts