Costumes are an essential feature of visual media such as cinema and theatre. In the ancient times, the symbol for Greek theatre was that of two masks — one joyful and the other sorrowful. Back in those times, the actors had to wear huge masks that amplified their voices. The ancients were used to seeing characters as tall as seven feet thanks to their enormous masks and high shoes. After all, the characters had to be seen and heard by the people in the audience.

These days, with the invention of lighting, microphones, and video cameras, actors have it a lot easier. They can now literally dress for the part that they are playing. One may say that ultimately, the costumes merely heighten the effect of the movie. To combat that view, we have the old adage, “Clothes maketh the man.” Clothes can also make or break a movie. You might have a wonderful script with superb actors. However, if you happen to make the mistake of getting the look wrong, success will become somewhat uncertain. It is no wonder that stylists and costume designers are so much in demand in the media world today. If you want an example of how the look of the actors can impact the success of a movie or TV show, Sex and the City is a great example.

As a result, the makers of the movie, Shakespeare in Love, invested much time and energy in recreating the Elizabethan times through the ostentatious costumes worn then. The filmmakers actually ended up winning the Academy Award for Best Costumes for their efforts. Apart from this, Titanic, Moulin Rouge, and Chicago are examples of relatively recent movies that put in a lot of effort to get the look right.

As for masks, we tend to associate them with superhero movies. However, Spiderman was not the only one to hide his identity in a mask. Remember how Robin Williams pretended to be a woman in Mrs. Doubtfire? That certainly was a mask with a difference. More recently, we saw Gwyneth Paltrow don a similar mask in her portrayal of an overweight woman in the hit movie, Shallow Hal. If you love fantasies, the face of Harry Potter’s arch enemy, Lord Voldemort is unforgettable. His mask certainly goes with the character of “the one who is not to be named”.

From the movies to costume parties, masks are constantly in demand. And movies such as The Man in the Iron Mask, and the Jim Carrey starrer, The Mask, merely fuel the love for this piece of disguise. 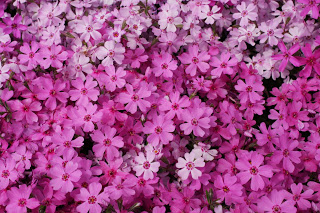