Being able to draw a face is considered to be an outright talent by many. This kind of talent is also possessed by a lot of artists. However, the ability to realistically draw a face would be a different subject matter at hand. If you want to learn to draw faces, doing it the realistic method would be the best way to do it.

Although it may seem complex, drawing faces is quite simple. Just as with any kind of art, there are some basic guidelines that you can follow and use. One of these would be mapping. For you to have a realistic output, you should be able to map the face correctly. This is imperative, before you even add on finer details.

You should not just out rightly copy the face of your model as if it were some outline on a kid’s coloring book. Certain preliminary steps are needed if you want your drawing to have form, structure, depth and a convincing aura.

You can start mapping out by using the egg technique. Do this by drawing an oval that has the shape of an egg. Try to find its center and draw a line downwards to it. Take note of this line. It would be a very important landmark for you throughout your drawing process. It would serve as your midpoint so that you can measure nose width, eye separation, eyebrow separation, etc. Since this is a sketch, try do draw lightly with your pencil.

After vertically separating the upper half of the egg into two, separate it again so that you would have 3 equal parts. Do this by placing 2 horizontal lines on your egg’s body. These three areas would demarcate important aspects of the face. Try your best to make them evenly proportioned.

The top part of your egg would become the top portion of your subject’s hairline. The lowest portion of that area would also become your subject’s eyebrows. Next, the middle portion would be the part of the face starting from the eyebrows down to the most bottom part of the nose. Lastly, the third area is allotted for the nose bottom, lips and edge of the chin.

There are also some basic guidelines for measurement and facial feature proportions. For instance, 2 of the said egg segments turned sideways would give you the sideway measurement starting from one cheek to another. You should also take into consideration the measurement of the eyes. Make sure that the size of one eye would be equal to the space in between both eyes. You should also check and see if your drawing’s nose wings are lined up with each eye’s corner.

Now, focus on the bottom segment of your egg. If you divide this into half, by the use of a horizontal line, you would get the line that serves to be the bottom of your subject’s bottom lip. If you have drawn the lips already, take a look at its corners. Make sure they are aligned with each eye’s pupil.

As for the ears, they should also be visible even if it’s a front view image you are drawing. This is because they aren’t simply sitting flat on your head’s side. As a guide, you can simply look for the midline of the middle segment of your egg.

However, be careful that you do not overdo the size of the ears. They should only stick out approximately as far as the egg’s main center line up to the nose wing.

admin October 27, 2012 Leave a comment
Posted in My blog posts 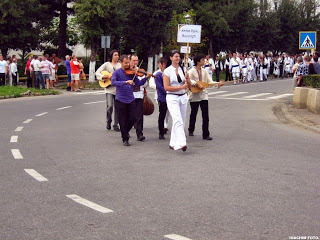 admin August 26, 2009 Leave a comment
Posted in My blog posts

admin February 21, 2013 Leave a comment
Posted in My blog posts