Organic milk producers are quick to tell you that their milk is delicious and that it is made from cows untreated with antibiotics or growth hormones and cows not exposed to dangerous pesticides. Organic milk-producing cows are fed organic feed and are free ranging; the milk is pasteurized and homogenized like regular milk and it even contains vitamin D. Such claims have brought up the demand for organic milk, sometimes at double the cost of regular milk. Some consumers wonder,is it worth the added cost?

Some turn to organic milk in the belief that this milk is healthier, while others have strong environmental or animal rights’ beliefs. Research, however, is limited when it comes to comparing the health benefits of organic milk over conventional milk. This can be confusing to some milk drinkers.

The United States Department of Agriculture has four specific requirements that help in the definition of which milk is organic and which milk is not. One requirement is that organic milk must come from cows never treated with bovine growth hormone, used to increase milk production. Some feel that milk treated this way could increase hormone-related cancers or affect growth hormone levels in humans.
Interestingly, bovine growth hormone (BGH) is protein-related, meaning that if a human ingests it, the protein gets
destroyed in the acidic environment of the stomach. In addition, while non-organic milk contains insulin growth factor (IGF-1), an individual would have to drink 95 quarts of milk a day to equal the amount of IGF-1 we produce in our bodies every day.

That’s not much of a disadvantage over organic milk.
Several organic web sites have quoted a study showing that vegans have 13% less IGF-1 than non-vegans but, if you study the research more closely, you’ll find that IGF-1 levels were not related to milk consumption in either group nor was organic milk studied.

Organic milk must come from cows free of antibiotic treatments. If a cow is treated with an antibiotic, it is removed from the herd for a year. Still, conventional herds of cows cannot give milk until tests show that the milk is antibiotic-free.Tanks of milk are tested for the presence of antibiotics on a regular basis.

Another requirement for organic milk is that the cows are fed feed that is grown without pesticides. Some USDA reports indicate that non-organic milk may be allowed to contain small amounts of specific pesticides, below established tolerance levels. Research has not found any health issues related to pesticides in cow feed and health risks in humans.Finally, organic milk must come from cows that have “access to pasture”. Some consumers envision year-round grazing of happy cows. However, as there is no minimum requirement, organic milk can come from cows that have had limited access to a
pasture.

There are those who believe that pasture-fed cows produce more conjugated linoleic acid (CLA)—an essential fatty acid found to be protective against cancer. Experts, on the other hand, say that grass feeding alone does not definitely lead to increased CLA levels. Cows fed mixed grains and soybeans, in fact, can produce milk with levels of CLA higher than that in organic milk.

Organic milk may taste better to some and is animal-friendly; however it doesn’t necessarily mean it is healthier for you than the much-cheaper conventional milk. 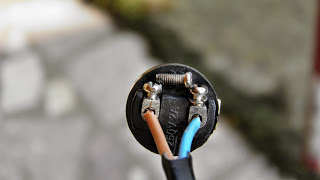 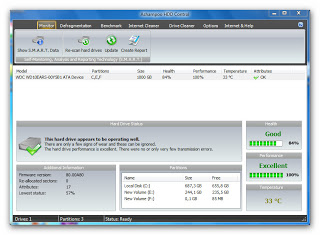