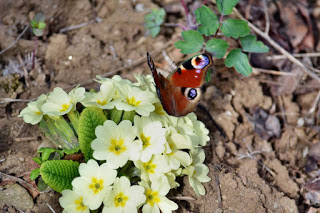 We have become familiar with the term artifacts and what that means. Usually things like animal bones, arrowheads, ancient documents and complex statues are what comes to mind when we think of things like artifacts. However, like with everything else in life, there are plenty of strange artifacts that have been found by archaeologists that defy reason and have no explanation. Here are a list of several strange artifacts that have been found over the years:

Strange Fossils: Modern science has led us to believe that people have not been around in our current forms for that many years. However, researchers have found strange looking fossils that have defied traditionally accepted ideas. Like for instance, several handprint and footprint imprints have been found that scientists have dated back millions of years. This is much longer than people have been thought to be around. There has even been a fossil unearthed that looks like a man wearing a sandal that appears to also be several million years old. Who can explain it! No one, yet.

Metal Spheres: People have been digging up odd metal spheres in Africa for years now. These metal spheres are perfectly round and some have designs etched into them. No one can explain what they were used for, but one thing is for certain. They have been around for billions of years and do not look like they are going anywhere anytime soon.

Ancients Discs: Researchers have unearthed amazing-looking gold discs in Chinese caves that look to be an ancient version of records. What were they used for? I guess we will probably never know.

Ancient batteries: Researchers have found examples of batteries developed by ancient people in the Middle East that are similar to that of the batteries of today. Amazing to think of the technology that could have existed millions of years ago.

Aircraft Shaped Artifacts: Scientists have unearthed artifacts in Egypt and South America, two entirely different continents that are shaped unusually similar to modern aircrafts. Did they have the technology and the know-how to make flight back then? We will probably never know.

Huge Spherical Balls: Balls, perfectly circular, have been found in the jungles of Costa Rica and Central America for decades. Some of these weigh a few ounces, others a few tons. Though they are clearly man-made, it’s not clear what purpose they actually served for the people who made them.

The list of strange fossils can go on and on and the debates that go along with them will last forever. What can we make of the strange findings of scientists and researchers? Well, civilizations could have been much more advanced that we have previously given them credit for. Or, other beings have inhabited the Earth earlier than we realize. Who really knows for sure? One thing is for certain: it is pretty amazing what ancient people could do and what similarities we have with them
now. These artifacts will continue to amaze us for thousands of years to come.