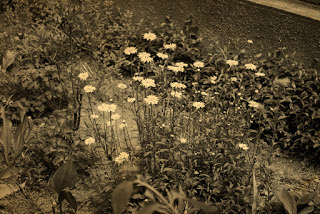 You spend your childhood entranced by dinosaur bones and everything that was prehistoric and died several million years ago.
You gazed longingly at the collections of dinosaur bones in your favorite museum and begged your parents for your very own ancient arrowhead when you visited ancient Native American burial grounds.

Now that you are grown up, it is easy to understand your chosen career path when you think of your childhood days. You went to school for many years and now you are an archeologist who spends his days digging up ancient artifacts and bones in some of the most remote locations of the world.

To sum it up, you help the world piece history together. There are so many things we have learned from archeology expeditions that help us shape what we believe the world was millions of years ago. All thanks to the work of dedicated professionals who devote their lives to studying the past. Their study of the past helps us create a better future.

Man would not have known about dinosaurs had it not been for archeologists who dug up the artifacts of that period including the bones to show what they looked like millions of years ago. Also, if it was not for archeologists on their constant quests for artifacts, we never would have learned about the lives of the Ancient Egyptians and the people who died in Pompeii.

Archeologists are vital to the future of our world but do not receive the proper amount of credit. They have been instrumental in the formation of the United States as well. They helped piece together the history of the Native Americans and helped find Native American artifacts like weaponry that help explain where some of our current weapons originated from.

Just imagine what we would not know if archeologists did not spend their time researching and creating our history. We would be a world that thinks it started after Christopher Columbus sailed to America. Well, maybe not. But our world history view would definitely be limited.

So, you may not know an actual archeologist personally, but then them each time you visit a museum, watch a historical documentary, or learn something about the history of the United States. They were the ones who helped do the research and find out the truth behind the mysteries in life.

If you are interested in pursuing a career in artifact searching, find a college that offers a good program in archeology. There are several across the country that will help you learn about the past and learn the tools to become one yourself.
These programs can be quite demanding and you must be able to handle the dangers and challenges that come along with this sort of career to be successful.

Imagine walking across the desert and finding ancient scribes that were written millions of years ago. That dream could definitely be a reality if you pursue a career in artifact finding and archeology.

If you have ever wanted to open up your own store but simply don’t have the talent or the patience to do so, one of the things that you might consider is opening up a franchise of a company where you’re living. Chances are that you have been thinking about the lack of businesses or the needs of the consumer in your area that is not fulfilled right now, which is one reason that makes owning a franchise such a tempting opportunity. Although there are plenty of risks associated with owning a franchise, if you are not accustomed to owning your own large store then there may be some questions, albeit a lot of questions, that you’ll need help with within the beginning. In addition, if you are new to the whole franchise idea then some of your questions might be immediate. But there are plenty of places where you can go in order to find out more about a specific franchise opportunity. Here are some great resources, though, if you would like your franchise questions answered immediately:

The first place that you could possibly direct your questions to is another franchise owner. Considering the fact that many franchise owners are not usually involved with the day-to-day operation of the franchise business itself then franchise owners may actually not mind speaking with you. These are the people, though, who are the most experienced with opening up their own franchises and can easily guide you and inform you with the correct information so that decisions will be easier. Some independent franchise owners may even tell you about whether or not owning a franchise is a profitable venture, but chances are that many times they will endorse the opportunity!

Another place to go to if you want to know more about that Taco Bell or Wendy’s Hamburgers franchise opportunity is the Entrepreneur magazine. The Entrepreneur magazine has both a print publication and an online version of their magazine that you can purchase. In addition, their website is filled with all sorts of good information about how to get started with franchises, the facts about how much money it takes to own a specific franchise you may be interested in, as well as the qualities and considerations that a prospective future franchise owner should make. In addition, though, the Entrepreneur resources will be able to give you the lowdown of virtually all the franchise opportunities in the United States. An entrepreneur is definitely a trusted resource for finding this type of franchise information.

On the other hand, another valuable resource that you may have at your disposal is a franchise broker. Franchise brokers are certain individuals that usually get paid a certain percentage of the startup fees that you’ll have to pay, but they can be a valuable resource in the fact that they can give you all the secrets about a certain company and what many franchise owners’ opinions might be of them! 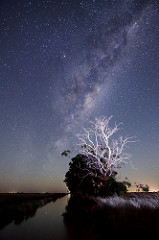