There are few things as breathtaking and exhilarating as traveling with one of several outstanding guided tours on bicycle of New Zealand. New Zealand is comprised of two major islands, the North Island and the South Island. Of the two, the South Island offers a more rustic look at the countryside as it rushes beneath your feet on a bicycle. This type of guided tour is not for casual cyclist. Hills and mountains are part of the landscape and, while you can walk these areas, it’s better if you’ve worked out on a
bicycle a little bit beforehand.

One of the nicest guided tours of the South Island of New Zealand begins when you land in Christchurch. This large city is the take off point for many who are going to Antarctica, so if you have time between flights, take a tour of the Antarctic Centre, just a couple of blocks from the airport. It’s a museum of sorts about exploration in Antarctica.

Most likely, guided tours of the South Island won’t actually start in Christchurch and you’ll be taking a propeller plane (yes, a propeller plane) over the vast and enormous mountain range that runs down the middle of the island and you’ll arrive at a spit of an airport in a village like Hokitika, where the bicycling really begins.

Some may ask why there are guided tours of this part of New Zealand at all because there is really only one main road traveling south along the shoreline of the rustic and wild Tasman Sea. You can’t get lost. Even so, the tour guides will carry extra food and will probably have a bike trailer to pick up the bikes of stragglers that can’t finish the day’s ride.
The riders take off in the direction of the guide and move along at their own pace.

It’s very easy to see why there are guided tours of this part of the country. The mountains are ever-present on your left, there are beautiful, unspoiled forests and the rivers run clear and are of a striking aqua color due to the mineral content of the water coming off the mountains. Remember, though, they drive on the opposite side of the road as in the US so you have to train your mind to watch for any traffic accordingly.

In truth, there is very little traffic and bicycles own the road on most guided tours of the South Island. One can bicycle for three full days without ever seeing even a small village. Instead, there are bed and breakfast inns or small motels along the way and many meals can be made by the tour guide.

If you’re on one of these guided tours of New Zealand, you’ll not only see Mount Hercules but you’ll feel like Hercules (or very tired) after climbing the impressive mountain. And don’t forget the exhilaration of riding back down. One of the other highlights of your tour will be the Franz Josef Glacier, south of Whataroa. It’s a gigantic dirty piece of ice dangling in the crevice between two mountains. Still, it’s an impressive site to see.

Most guided tours of this type will allow you to travel 500 km (300 miles) in about a week. You’ll be on the bicycle much of the time but viewing this magnificent scenery from this vantage point can’t be beat. At the end of your tour, you can fly home via Queensland, in the southern part of the island. 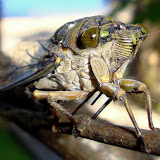 admin October 31, 2008 Leave a comment
Posted in My blog posts

admin August 9, 2011 Leave a comment
Posted in My blog posts