A simple component allows users to conveniently view feeds from a variety of sources. The web part is fully compatible with both SharePoint 2007, 2010 and 2013.
Virto Social Aggregator Web Part aggregates feeds from various sources and display them on your SharePoint site in a single view, which is subject to flexible customization using XSL and CSS. Users can easily customize overall layout and stylesheet as well as define their individual datasources for the feeds.

For Twitter users Virtosoftware offers additional features that allow for not only reading twits but also posting right from SharePoint interface. Virto RSS & Twitter Aggregator supports OATH protocol for Twitter, meaning that it does not store users’ Twitter accounts or passwords. SharePoint administrator is free to define the users, for whom the extended Twitter options of the Aggregator are available.

Current release is the very first version of  Virto Social Aggregator Web Part. As in the case of all other Virtosoftware products, Virto RSS & Twitter Aggregator will be constantly improving and updating. In the next version we plan to complete the integration with Facebook making it possible to get and post information from the network. Support of the approval workflow is another feature to be included to one of the next versions of Virto RSS & Twitter Aggregator. With this feature it will be possible to define an approval scheme for all the posts displayed by the web part. 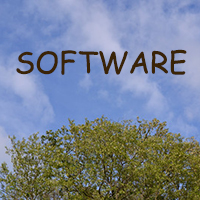