Cloudy platform and SaaS are overwhelming trends to modern corporations and commercial websites. Anyway both Cloudy platform and SaaS need to run the applications on a server. Traditional C/S type software can only work on PC side, and it will take much space as well as CPU of the computer. C/S to B/S is something we must do sooner or later. But it is rather than to develop a new program, web authoring takes a long term development circle and usually costs large amounts of money for commercial PC software systems. That is why AthTek WebAPP Kit is here, because it can greatly shorten the development circle to minutes and save the budget to affordable price.

To convert existing software projects to web based applications is very easy by using AthTek WebAPP Kit. You can get the projects converted in minutes with following steps:
1. Deploy WebAPP Kit to the local server or web server;
2. Edit the software projects according to the instructions;
3. Upload the created RIA files and generate a link to the web application.
After all these three steps, you will see the created web based applications smoothly running on internet or intranet. Modern corporations and commercial websites can use AthTek WebAPP Kit to provide SaaS effortlessly on their websites now! 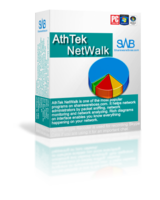